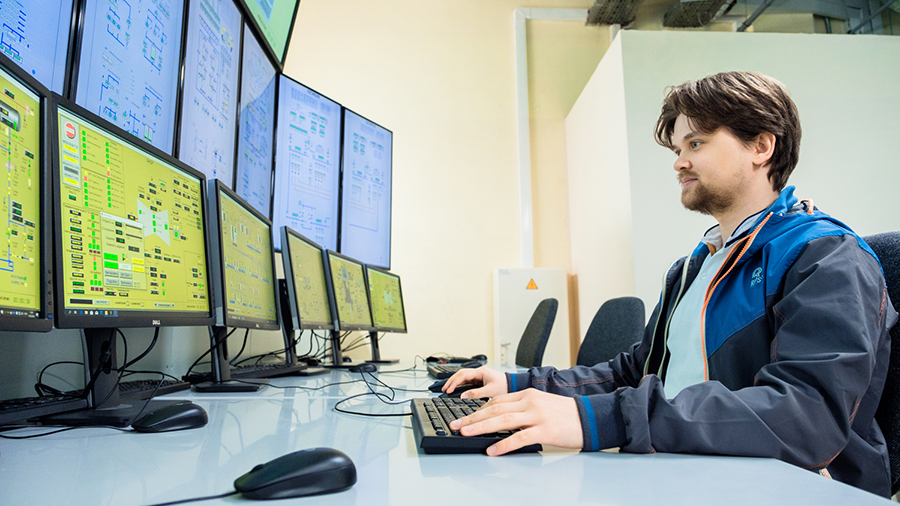 Challenges and perspectives for Russia’s nuclear industry on its way to assuming a key role in the fight against the climate crisis on a global level, while also ensuring future growth and building on 65 years of prodigious legacy, dating back to the launch of the world’s first nuclear power plant in Obninsk in 1954, are brought together in a paper recently published in the open-access journal Nuclear Energy and Technology.

In their article, the team pays special attention to the urgent need for a new “educational paradigm” to secure the smooth transfer of Russia’s nuclear industry and knowledge to a global digital economy where industries blend together in new and even unexpected alliances with the ultimate promise of joining knowledge and skills for the common good of humanity. The approach is described as “front-line education” that encompasses training personnel for the specificity of the novel digital economy along the entire “front”: from youth yet to enter university to production personnel.

To do so, the Consortium, supported by 18 specialised universities and led by ROSATOM, is to not only provide first-class educational formats, material and technical resources in addition to the high professionalism of the teaching staff to on-site domestic students, but also export nuclear education on a large scale, in order to pave the way for a subsequent international technological expansion by preparing “personnel of a new type, using a kind of symbiosis of engineering, information and economic training”. According to the scientists behind the paper, students should persist throughout their whole education in their mission “to master new opportunities arising from end-to-end digital technologies, search for and create new technological solutions or production schemes, and develop fundamentally new product lines and business models for implementing new manufacturing technologies.”

An excellent exemplary training format of the new age is the Multy-D system: a 3D digital model of the future nuclear power plants and additional dimensions in the format of terms, resources, etc. Developed over the last few years by MEPhI and Atomstroyexport, it allows for foreign specialists to acquire Russian-born competence. However, latest technological advances, including the transition to a closed nuclear fuel cycle with fast neutron reactors, requires changes in modelling systems.

All of these efforts and transitions are of top priority, given the urgent global need for affordable, environmentally friendly electricity on the background of depleting fossil resources and worrying levels of greenhouse gas emissions, point out the scientists. Meanwhile, the nuclear power industry has claimed its own ecological niche by providing the necessary amount of energy without leaving behind any carbon footprint.

“The improvement of existing and the development of new innovative technologies is a prerequisite for the development of a nuclear energy system that meets the principles of safety and sustainable development,” conclude the authors. “All solutions to these problems are in the hands of the young people who are being trained throughout the country.”

Today, the Rosatom State Nuclear Energy Corporation is developing more than 30 projects of new nuclear power plants (NPP) in Russia and 12 other countries. 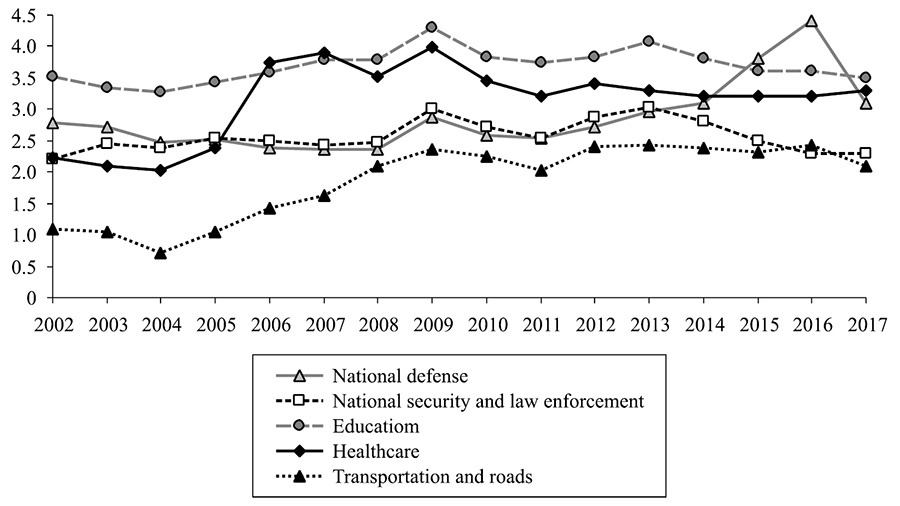 Investment in education, healthcare, sports, road infrastructure and transportation, rather than national defense and, to a lesser extent, national security and law enforcement, is what drives economic growth rates and GDP level upwards in Russia, suggests a recent analysis of government expenditure data gathered between 2002 and 2016.

In their analysis, the economists apply the Structural vector autoregression (SVAR) methodology: a modification to the traditional Vector autoregression (VAR), which allows for identification of interdependencies between data series coming from various points in time, while allowing for variables. Thus, the researchers analyzed the efficiency of Russia’s government spending and how the distribution of resources impacts the national economic development, with the Gross domestic product (GDP) set as a structural variable.

In particular, Drs Kudrin and Knobel looked into expenditure on national security and law enforcement, national defense, education, healthcare and sports, road infrastructure in order to estimate how resource distribution in these areas affect national economic growth and GDP. They used data from the Russian Federal State Statistics Service (Rosstat) for the period from 2002 to 2016, while also taking into account multiple international studies on the topic.

As a result, they found that government spending on “power” items such as national defense, national security and law enforcement (areas also recognised as non-productive expenditure), mostly translates to extensive consumption of resources. Meanwhile, investment in physical and human capital, including education, healthcare and sports, road infrastructure and transportation (productive expenditure) is associated with both short- and long-term economic growth.

The data from Rosstat confirm the researchers’ conclusions by demonstrating a drop in Russia’s economic growth rates in recent years, which corresponds to the shift in the general government budget spending towards “power” items. On the other hand, Drs Kudrin and Knobel present evidence that a maneuver in favor of human and physical capital is capable of increasing Russia’s GDP with 25-35% in a single generation (25-30 years).

“Against the background of a deteriorating foreign economic situation, lowering budget spending may have a stabilizing effect, but, from a growth effect point of view, it is best to initially reduce non-productive expenditures while increasing or, at least, maintaining the current level of productive expenditures.”

“Of course, ensuring security against internal and external threats, including through funding ‘power’ items, is an essential condition for the state’s stable functioning and for maintaining social and economic stability. However, one should exercise prudence when determining the requisite amount of non-productive expenditures, realizing the cost to be paid by the society for this or that budget spending composition.”