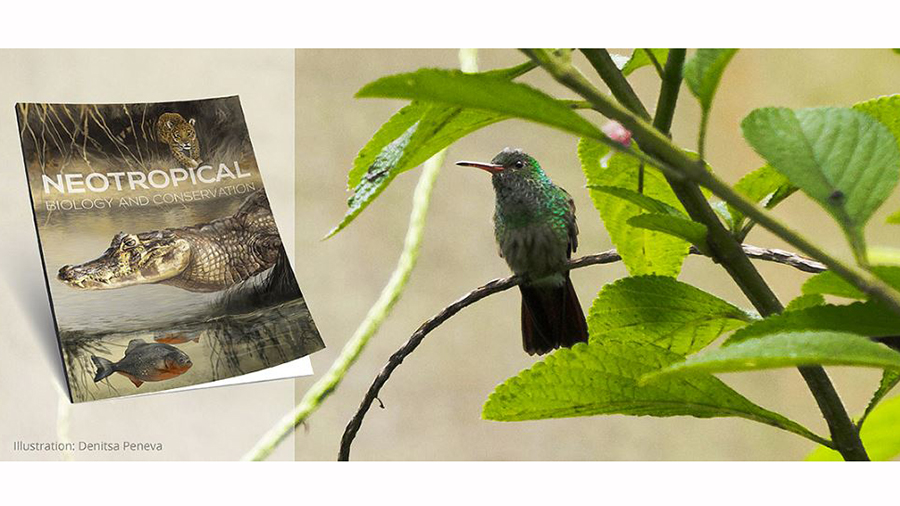 Eleven studies in the first issue demonstrate the modernized look & feel of the Brazil-born journal, as provided by the scholarly publishing platform ARPHA

Launched by the Brazilian university Unisinos (Universidade do Vale do Rio dos Sinos) in 2006, the open-access, peer-reviewed Neotropical Biology & Conservation moves to the journal family of scholarly publisher and technology provider Pensoft.

Neotropical Biology & Conservation welcomes research and review articles, short communications and commentaries on the biology and behaviour of organisms from the tropical ecoregions of the Americas and the entire South America. Special emphasis is given to papers that demonstrate the application of conservation principles for natural resource management and policy. Manuscripts can be published in Portuguese, as well as English, where an English-language abstract is mandatory.

The journal is published three times a year, with the first 2019 issue already available on the new website. New research papers, part of the second issue, will be out next Monday (15th July).

Beyond Neotropical Biology & Conservation‘s new glossy and user-friendly appearance, the Pensoft-developed scholarly platform ARPHA provides its signature fast-track, end-to-end publishing system to the benefit of its users: authors, reviewers and editors alike. Thereby, each submitted manuscript is carried through the review, editing, publication, dissemination and archiving stages without leaving ARPHA’s collaboration-centred online environment. The articles are available in PDF and machine-readable XML formats, so that they are easy to discover, access, cite and reuse.

“It’s an honour for the Editorial board of Neotropical Biology & Conservation that the journal becomes a member of the Pensoft/ARPHA team. This journal was born as Acta Biologica Leopoldensia, which was published by Unisinos between 1979 and 2005. Since 2006 Neotropical Biology & Conservation continued the tradition of this former journal, publishing articles from all around Brazil, and even enhancing its coverage to other parts of the Neotropics. In recent years, the scientific community that uses our journal as a venue to disseminate their research results has been continuously increasing. We maintain our commitment to disseminate scientific findings through open access and to continue pursuing a sustainable international growth. I am sure that the user-friendly ARPHA’s publishing system and the great support of the Pensoft team will please authors, reviewers and the Editorial board of the journal, enhancing the efficiency, quality and swiftness of publishing, as well as the international visibility of Neotropical Biology & Conservation.”

“I’m delighted to welcome Neotropical Biology & Conservation to the Pensoft/ARPHA family, where the journal not only feels at home amongst predominantly biodiversity-themed titles, but also comes to complement another two Brazil-born journals: Check List, which publishes biogeographical data, especially for the use of biodiversity conservation, and Zoologia: mostly focusing on systematics, evolution and taxonomy in the field of Zoology. With this kind of background and the constantly expanding high-tech functions of ARPHA, I’m certain that we are fully equipped to build on the image and success of Neotropical Biology & Conservation.”

What’s on in the first issue?

Amongst the 11 articles in the first issue of Neotropical Biology & Conservation, there is the study by Dr Lucas Porto (Federal University of Rio Grande do Sul) and Dr Ana Maria Rui (Universidade Federal de Pelotas), which observes Crab-eating and Pampas foxes in southern Brazil for a year to compare the diets and habitat uses of the two sympatric species. Curiously, the canids demonstrated a high overlap of their diets at all times, with the exception of autumn.

Another paper, authored by a research team from the Federal Institute of Education, Science and Technology of Goiano and the Federal University of Goiás, describes the frequency, occurrence status and activity period of the most common medium- and large-sized mammals living in the world’s most biodiverse savanna: Brazil’s Cerrado. Namely, subjects of the study were the Giant anteater, Nine-banded armadillo, South American tapir, Crab-eating fox and Lowland paca, where the largest species were found to have the greatest variation in time period of activity.