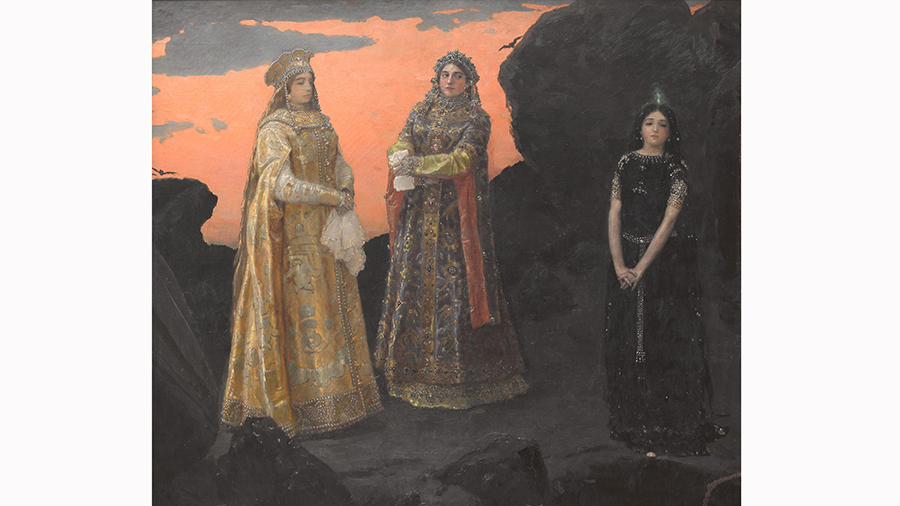 Titled “Energy transition at the crossroads”, the new issue of the Russian Journal of Economics gets a set of profound messages across, which can be summarized as: “transition matters, transition goes, yet transition is not a simple, unified march towards a Green future”.

Together, the seven articles in the issue bring forward the notion that the world is a diverse place regarding resources, population growth, human capital, development and political agendas. However, the path to the Energy transition–an integral part of the United Nations’ Sustainable development goals (SDGs)–is something every nation needs to face in the wake of multiple and unprecedented simultaneous global crises: systemic for health, economic, environmental, political and humanitarian.

“All papers look into substantive issues that have emerged following key, global decisions made in recent years. It’s high time that we stop persuading each other into taking the Green path and, instead, turn to the actual problems, costs and obstacles on the way,” says the issue’s editor Prof. Leonid Grigoryev, HSE University, Moscow, Russia.

The collection of articles analyses the outcomes of recent trends in the field of global energy, as well as the mechanisms behind the dramatic changes in the business world, public attitudes and government policies.

“Gazing into the crystal ball right now may be a question of analyzing the casualties from the 2020 recession and the interaction with the COVID-19 pandemic, as well as the logic of interests and intentions of all parties and actors involved in the decision-making process. This is certainly an ‘interesting time’ — as the oriental curse allegedly says,” comments Grigoryev.

The first article in the issue: “Long-term development of the global energy sector under the influence of energy policies and technological progress” is authored by renowned energy economists at the Energy Research Institute at the Russian Academy of Sciences and the Energy Centre of the Moscow School of Management SKOLKOVO: Alexey Makarov, Tatyana Mitrova, Vyatcheslav Kulagin. It addresses the current period of transformation in the world energy sector, defined by the emergence of a whole range of cost-effective technologies and the formation of new state priorities that can radically change the structure of energy use. The researchers use a complex forecasting model to predict how the world energy markets will be developing in the period up to 2040. Amongst their estimations is that oil and coal will pass their peak of consumption before 2040. That will not only lead to a radical change in the price environment of energy markets, but also to a transformation of the way they are organized and regulated, as well as to a revision of business models of most energy companies.

The second article, authored by Emre Hatipoglu, Saleh Al Muhanna and Brian Efird and titled “Renewables and the future of geopolitics: Revisiting main concepts of international relations from the lens of renewables” covers a diverse scope of research. It presents a review of the geopolitical, institutional, and technological aspects of the development of renewable energy sources, including transportation and delivery of energy across national borders. With their work, the research team at the King Abdullah Petroleum Studies and Research Center (Saudi Arabia) warn that global issues currently linked to the use of non-renewable sources are most likely bound to remain after the energy transition. These include security, export interdependence, and availability of source materials.

The third article is focused on the energy transition in the European Union in line with the evolution of the European Green Package to the New Green Deal. The paper is authored by Manfred Hafner and Pier Paolo Raimondi, affiliated with Fondazione Eni Enrico Mattei (Italy), Johns Hopkins University SAIS Europe (Italy) and the Science Po Paris School of International Affairs (France). The authors give an analyzed full-fledged account of the growing ambition of the EU to lead the global transition to a climate-neutral world. In their work, they also suggest that the transition will also impact the external relations of the EU, for example with Russia, and suggest that the two blocs can preserve their energy relationship in light of the energy transition, notably through the conversion of natural gas to hydrogen and storing the resulting CO2.

The fourth article: “The role of gases in the European energy transition” by Prof. Jonathan Stern (Oxford Institute for Energy Studies, United Kingdom) suggests an interesting approach to the role of gases in the global economy, with a focus on the EU. He bases his evaluation of the next three decades on the forecast for global demand of gases, which will reach its peak by 2030 in North America, Eurasia and China, and then subsequently diminish by 2050. The demand for liquefied natural gas (LNG) is predicted to increase, given the relatively low prices. However, later on, LNG producers will need “revolutionary” technologies of decarbonization as well.

In the fifth article by Kirsten Westphal (German Institute for International and Security Affairs): “German-Russian gas relations in face of the energy transition”, the author reviews the subject of energy transition from a few different perspectives. Firstly, she discusses it as a part of the historically tested alliance between Russia and Germany, developed and framed over time. Then, she refers to it as an “energy diplomacy” case. “This would require a political shift away from securitization to decarbonization, not only in Germany, but even more so in the EU, and in particular, in Russia,” concludes Westphal.

The sixth article: “Fossil fuels markets in the ‘energy transition’ era” is authored by Vyatcheslav Kulagin, Dmitry Grushevenko and Nikita Kapustin of the Energy Research Institute at the Russian Academy of Sciences. In their study, the researchers investigate the long-term impact of the energy transition and related processes on the markets of key fossil fuels: oil, natural gas, and coal. In addition, they discuss important cases, such as traditional versus electric cars, with subsidies also factored in. Overall, the article can be seen as a “technology-friendly” one, while simultaneously avoiding overoptimistic expectations on efficiency and decarbonization. One may call this approach to energy transition as “optimism through a rational lens”.

The last article in the special issue: “Global energy trilemma” by Leonid Grigoryev and Dzhanneta Medzhidova (HSE University and Primakov National Research Institute of World Economy and International Relations, Russia), brings us back to the profound interaction between growth, poverty, inequality and the problems concerning energy transition and climate change. Essentially, the authors pose a rather simple and straightforward question: if the EU succeeds in its fast decarbonization program by 2030-2050, but the globe ends up with another billion of people suffering from poverty (including energy poverty), would this be a satisfactory outcome, according to the UN, as outlined in the SDGs? This problem is referred to as the “Global energy trilemma”, which sets poverty and inequality,?growth, and?energy and climate against each other. The authors also point out that reaching the UN Agenda 2030 will be very difficult, given the consequences of the 2020 recession. In the aftermath of the COVID-19 pandemic, financial resources for development and energy transition are expected to be heavily diverted to inevitable health care reforms, while investments are declining on a global level. The researchers conclude that the solution lies in coordinated actions aimed at avoiding the potential aggravations of global social problems.

Find the full “Energy transition at the crossroads” issue in the Russian Journal of Economics” at: https://rujec.org/issue/2951/.

Three Czarevnas of Underground Kingdom (1879). A painting by Viktor Vasnetsov. The painting is based on the Russian fairy tale The Three Kingdoms: Copper, Silver, and Golden.